In the spring of 1952 the Canadian National Exhibition opened a brand-new 1/3 mile oval known as the CNE Stadium to racers and fans alike. This new track had a cinder surface and flat corners; there was no banking at all. Opening night was 22 April 1952. On this cold and rainy night, 7,981 fans came to watch at the new track. The grandstand was covered so they were able to run the races rain or shine. Tom Forbes won the first feature on the new track.

The purse for the races was set at a percentage from the attendance. The attendance on 1 July 1952 was a record crowd; the promoters were turning people away. Nineteen thousand six hundred and sixteen fans packed the grandstands to watch Norm Brioux take the win. Norm won $900, the largest payout in the 1952 season for winning a feature race.

NASCAR Late Models came to the CNE on 31 July 1952. This was not NASCAR’s top Grand National division, but many of the NASCAR stars were there and ready to race. In the end, Lee Petty won the race, Ray Duhig was second, and Pappy Hough was third. The top Canadians were Norm Brioux, Lloyd Shaw, and Ralph Spencer, finishing 10th to 12th respectively.

The track shut down after the NASCAR event to allow room for the Canadian National Exhibition. When it reopened on 12 September 1952 it had been totally resurfaced; the track had been paved during the break. Lap times increased dramatically. Drivers were turning laps 1 or 2 seconds per lap quicker than before the break. This increased the excitement for the fans and the repairs for the mechanics. It was obvious that the original wood barrier around the track would no longer suffice.

The Jalopy division was first at the CNE Stadium on 22 April 1955. The Jalopies were a low-dollar division designed to allow amateur racers to hone their skills before moving up to the Modifieds. In an effort to keep costs down, a $150 claim rule was implemented. This meant that any driver or owner could pay $150 and claim your car at any time

In the years from 1956 to 1959, there was an incredible evolution as the cars went from full bodied coupes to the first Super Modifieds of the era.

At the start of the 1956 season there was a noticeable difference to many cars, unlike previous years, the fenders and running boards had been were stripped away.

Ever since the engine rules were changed in 1956 the teams were spending more money on their engines and creating a lot of horsepower. In previous years the cars had 240 & 260 horsepower. In 1957 the cars had 300 and 325 horsepower. We’ve all heard the saying “money buys speed”. The average price for a Modified in 1957 was $4500.

On 18 July 1958, NASCAR’s elite series Grand National division came to the CNE to race. Lee Petty won this 100-lap race. Interestingly, this was Richard Petty’s first Grand National race. He ran well until he crashed out of the race after getting bumped by his father, Lee Petty.

Early in the 1958 season the word went out that the CNE Stadium had signed a contract with the Toronto Argonauts to play their football games in the stadium for the 1959 season. The racing community thought it would be booted out, but Ernie Lieberman was able to talk the CNE head honchos into sharing the facility.

Construction on the CNE Stadium began immediately following the 1958 Exhibition. The new configuration reduced the track size from a one-third mile oval to a quarter-mile oval and also made the track much narrower. The track surface was now only 28 feet wide. The construction crews had to make the track narrower to allow room for the new football field in the infield. The wooden barrier around the track was replaced with a steel guardrail. All in all, the entire project cost $75,000. Track officials made the decision to make the corners 35 feet wide at the end of May.

It was in 1960 that the promoters got permission from the city of Toronto to run a regular Sunday afternoon racing event. May 8th, 1960 was the first Sunday Afternoon race. As well, 1960 was the year in which the yellow flag was introduced. Any race cars involved in a crash or spin but still able to run safely would go to the back of the field.

On opening day 1961 there were forty six Modifieds and sixty five Hobbies at the CNE.

For the first time ever, CNE track officials had to cancel the racing program on 10 May 1963 due to heavy rain and fog.

On 28 February 1964 the CNE drivers were shocked when Ernie Lieberman announced that the CNE would be replacing the Super Modifieds with Late Models for the 1964 season. 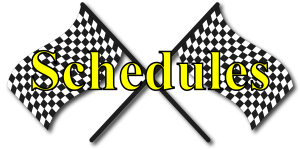 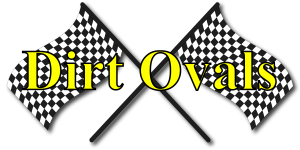 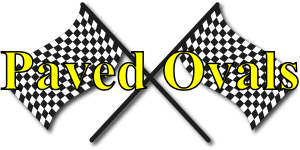 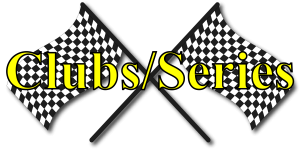 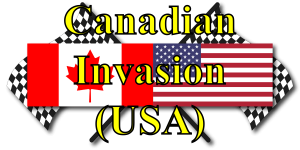