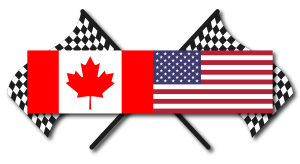 Lancaster, located just outside of Buffalo, is steeped in Modified history.

NASCAR Hall of Famer Richie Evans was a frequent winner at Lancaster, as was Modified pioneer Maynard Troyer.

Tyler Rypkema, the 2020 NASCAR Whelen Modified Tour Sunoco Rookie of the Year, has also won at the .625-mile oval which first opened in 1959.

Yesterday’s Speedways fully respects the Canadian copyright laws. We believe we have acted in good faith when we publish any material, however, if you see material that you believe infringes on your copyrights please contact us.

Yesterday’s Speedways is not responsible for the content of external links. If you experience any problems please let us know.